With the opening of the “Song for Aklin, the Knight” exhibition I have concluded my most extensive project to date. The installation itself took the two of us doing it two days – I hereby thank Jura Výbora not only for lending me his hands, but mostly for the ideas that he introduced at the last moment which not only saved our time, but also made the exhibition clearer, simpler.

It was not planned, it just happened that way – we spent Saturday morning at the Czech Photo Center, where a session of the international jury of the Federation of European Professional Photographers was held. I learnt right there on the spot that my certification portfolio (part of which were photographs from Mácha and Andersen) was successful and I received the Qualified European Photographer certification, QEP!! What a great boost before the coming up work. I met my friend Jura at his workplace in Jablonec nad Nisou. Leaving aside the assigning and collection of the final prints of the photographs, catalogues and labels from the three printing companies in Prague, on which I had worked since the first of October, the most important thing was the decision about setting up the work-in-progress part of the display (examples of the Little Prince manuscript, sketches of the images, extracts from the blog) onto cardboard strips. I had been working with the idea of printing on the walls and the individual installation of separate posters, 21 in total, directly on the gallery walls, but in the end Jura “talked me into” sticking them on cardboard strips and writing the texts by hand as it would be more authentic. It is true that I would deal with letter writing almost every day during my time at construction school, nevertheless, I have not worked in the field for over twenty years… And so I kept on writing while Jura glued posters onto the cardboard. That meant that we had this part of the display ready and we could just stick the premade panels directly onto the gallery walls on the following day. In the morning, we threw all the material into the car and set off to Prague. It had been arranged that the gallery would be available for the installation from 10 am and it worked out just right. We unloaded the car at the gallery, parked it in a parking house near Karlovo náměstí, and then we could start. First, we hung up all the photographs, then the cardboard panels were put up and labels were stuck in place and then, to use Jura’s words, true punk broke out. The original idea was to have a wooden propeller / artefact hung from the construction beams of the atrium and then drape three printed strips of fabric from it. They would represent the sky, the desert and war and between them, pictures from France and Morocco would be suspended as well as photos of star clusters by my friend Milan Kopecký. Meanwhile, Táňa Medvecká (t/n: Czech actress) arrived to have a look at the scene of her act and in the front, the gallery curator, Mrs Čiháková Noshiro started a discussion on the moving of the Slav Epic. In the end, with a bunch of swearing the whole idea of hanging things up was abandoned (I believe Mrs Medvecká had some fun observing… ☺). The propeller was fixed onto an easel, photos were stuck on the walls and the printed fabrics were taken back home. We finished at about 7 p.m., our backs sore, praying that nothing would fall off the walls before the opening… I arrived at the gallery soon after lunch, at about one – I still needed to glue the star clusters and check the cardboards, install the projector and the video loop. I was also expecting a friend who wanted to see the exhibition before leaving for Hradec Králové. At five, a press meeting was expected, however, this time it did not take place and made me quite upset – I expected it to happen as in the case of the first two exhibitions and considered it to be a job of the gallery. If I had known it was not the case, I could have organised something myself, but it was too late then. On the other hand, I had plenty of time to prepare my introductory speech (…I am used to speaking in front of an audience, so I know that whatever I prepare gets forgotten and I end up improvising… and of course, that is exactly what happened, nevertheless, I managed to say all the important stuff…).

From half past five friends started calling on the phone to tell me Prague was totally jammed and that they would not make it on time, including my daughter and sister who got stuck on a train before the Central Station. We learnt that their train was chosen by a jumper… In the end, but for a few exceptions, the majority made it on time and at 18:15 we were able to start. The opening speech was by the gallery curator, Mrs Vlasta Čiháková Noshiro, who summed up the three Contemplations, commented on Saint-Exupéry and gave me the floor. I wanted to keep it as brief as possible to allow enough time for the extracts read by Mrs Medvecká. Nevertheless, I used the time to thank all those who have accompanied me on my journey with the Contemplations over the past four years. Táňa Medvecká then read out three extracts from the works of Saint-Exupéry and got a well-deserved applause – she is a great woman and an amazing actress. In her special way, she beautifully drew my work to a close. A varied bunch of people met at the opening. Regular visitors of the gallery, my friends and colleagues from the companies where I have worked or still work, family members including my two-month-old granddaughter Eliška, the attendees of my workshops and photo trips, former colleagues from the Balvan photo-club which I had left last year, various supporters and helpers or people following me on social media. It is really obliging for me! The only negative aspect for me was that I was not able to give my full attention to all those who came. On the one hand, it is really great to regularly have 100-200 people come to my openings without any massive advertising , on the other hand, I often spend the night after the opening wondering if I had not offended anyone by being inattentive to them, uh-oh…

The exhibition will be up until December 15th and then I’ll take it down. Meanwhile, on December 12th, together with the gallery, we’re planning a guided tour of the exhibition. In the meantime, I am also going to publish an e-book about my Exupéry project. It is almost finished. And for next year, I am planning a summarizing exhibition regarding the triptych or a monography. So, it is not all over yet, however, I can already see the gate and even the door handle! 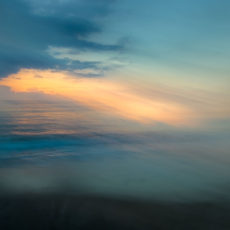 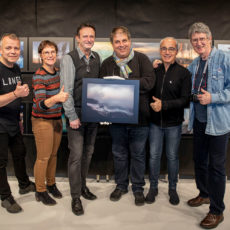 My Big Day at the Czech Photo Center – QEP, or How IT happened
Scroll to top