Czech Uplands is the project, dedicated to visualization of the area of ​​the Bohemian Central Mountains. This part of our country is literally overflooded by history, mythology, having very unique relief, similar to my favorite island of Lanzarote.

As in every previous projects, my ambition was to try new procedures, new principles. The unifying motive for me was the use of silhouettes of old wooden skittles, which in my stories embody the postponed idols of old Czechs, the military guard of the Prague burgrave, Oldřich and Božena, the advocate of Hazmburk castle or esotericism intoxicated by Panenský Týnec. So far, I have not used figures much in my landscapes or abstractions, but I would miss them here and the skittles would help me create the necessary allegories. The second unifying moment was the use of graphics of stone suns, which, like the basalt organ, came to me decisive and typical of the volcanic landscape. I decided to use the suns.

CS_01 – About the Forefather

And then, the patriarch (Forefather Czech – Praotec Čech),who was accompanied as a lord, spoke thus to his entourage: “Dear companions, time and time again you have endured the hardship of a journey through impassable forests with me. Stop now and make offerings to your gods, for it has been through their miraculous assistance that you have finally reached the homeland that had been destined to you by fate long ago.”

The first Czech chronicler, Cosmas, recounts: “In his proper marriage, Prince Oldřich did not conceive any offspring due to his first wife’s infertility. Nevertheless, a woman of the name Božena, who was Křesina’s, bore him a most fair son who he named Břetislav.”

In the 11th century, Christianity still had little power in the Czech lands. Men could have two or more wives and women could engage with a married man. That also explains why Oldřich did not repudiate his first wife, nevertheless, she descended one step in the hierarchy of wives and the first place was given to Božena.

The lord of Kamýk had a daughter who became the apple of his eye when her mother died. He was not the only one, though. A knight from the Templar castle in Malé Žernoseky sought after her for a long time but without success. One day, he had the girl kidnapped from her father’s castle garden and locked her up in his place. The father searched for her intensely but without success. When he had given up hope and decided to return home, he stopped in the chapel of the Templar castle in Malé Žernoseky. While praying, he could hear his daughter’s voice. Suddenly, he realized that he had not been dreaming and that the weeping was coming from the chapel crypt. He immediately realized who had kidnapped his daughter and how bad the situation was. He hurried home, armed his servants and village peasants with weapons and when night came, they broke onto the premises and into the vault. However, the girl was found dead. The rose of Kamýk had wilted. The angry father set fire to the Templar castle and destroyed it.

CS_04 – About the Lofty Castle of Hazmburk

During the Hussite wars, the house of Zajíc sided with the Catholics and their castle presented an unpleasant and unconquerable obstacle to the Hussites. Its strategic importance was further enhanced by the fact that at that time, the house of Zajíc also held Libochovice and Budyně and the position of their estate intersected the imaginary connecting line between the Calixtine towns. The unconquerable castle was chosen to safeguard the church treasures from the Prague Castle and in 1440 priceless sacral vestments were concealed there. The Hussites eventually managed to conquer Libochovice, however, Hazmburk has never been conquered by them.

“Lord Jan Zbyněk Zajíc of Hazmburk died poor and destitute at the early age of forty-six in the house At the Pelican in Prague,” Dolejší records. That happened in the magical year of 1616. “Three excellent men (Jan Zbyněk Zajíc of Hazmburk, Bavor Rodovský the younger of Hustiřany, and the famous astronomer Tycho de Brahe) who stay inseparably linked to Budyně, still remain there in spirit. During their experiments in the legendary alchemist workshop or laboratory in Budyně, they were said to have discovered true wonders that matter only is capable of. “

The temple of Holy Mary in Panenský Týnec is an unfinished building in the High Gothic style with a completed, Baroque belfry. According to some psychics, the unfinished temple is located over a strong, cross-shaped, positive zone. It is an intersection of two positive zones that multiplies their power. This energy is supposed to heal depressions, head injuries and strokes and introduce optimism in people’s lives. In the contest DestinaCZe by the Czech Tourism agency in 2014, the temple won the “Genius Loci” category for the most dramatic places and also became the absolute winner of the year.

CS_07 – How the Cockerel Gave Away the Swedes

A traditional folk tale recounts how the imperial army fortified themselves on the hillock near Záhořany when the Swedish troops were marching through the land in the Thirty-year War times. One evening, the imperial commander, field marshal Kroner (Jan de la Crone) was checking the guards positioned on the surrounding hills. Right when he was about to go to bed, he heard a cockerel crow in the darkness. The crowing at such an unusual time aroused his suspicion and so he immediately called for combat readiness. And really, soon after that, under cover of darkness, the Swedish army crossed the Elbe and attacked. However, the defenders were prepared and despite being outnumbered, they fended off the Swedish attack and forced the enemy to retreat.

CS_08 – The Last Supper of the King of Stadice

In 1445, an old, mysterious man came to Stadice. He won over everyone’s favour because of his conduct and eloquence. Jacob would tell people that there should be equality among them. He believed in everything he told the people, and, in the end, he also started to believe that he would become a new, eligible king of the country. The lords called a council and decided to send some armed people to Stadice to arrest the self-proclaimed peasant king and bring him to the castle in Roudnice. Only the closest few remained with the moonstruck Jacob. The armed folk arrested Jacob without any resistance together with his closest ones and later, he was taken to Prague.

LANDSCAPES OF MIND - THE MYTHICAL UPLANDS 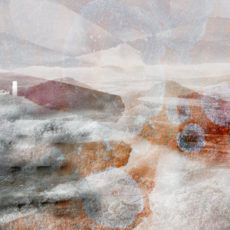 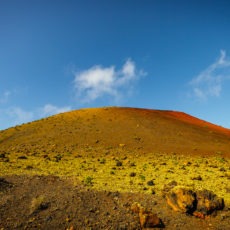 In the Footsteps of César Manrique, Part 1
Scroll to top